I had the great pleasure of speaking with Brendan Donovan, Special Education Leader for Boston Public Schools who followed his dream to become Poker Dealer at Encore Boston Harbor. In addition, Brendan is a die-hard New England Patriots fan! Brendan shared an incredibly humble story that includes raising over $6,000 to support meals to over 1,000 front line workers all over the city of Boston, MA. His initiative provided lunch and dinner to Massachusetts General Hospital, Beth Israel Deaconess Medical Center, Brigham and Women’s Hospital, Faulkner Hospital and to 7 combined Boston Police Stations and Boston Fire Houses! Going above and beyond, Brendan also created a First Responder Tribute video that you can view at https://youtu.be/s4ZGRfauR0I.

Read on to learn why this Special Education professional decided to become a Poker Dealer. How he was in a reality TV show, and why he raffled off his signed Tom Brady memorabilia! 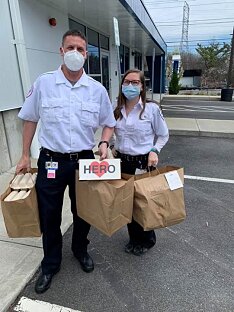 How long have you been with the company?

I have been working for the Boston Public Schools since 2002 as a special education teacher. In 2019, I was promoted to work out of the Central Office as a Special Education leader for Boston Public Schools.  With that said, I have always loved poker. I had thoughts and dreams of moving to Las Vegas and becoming a professional poker player/dealer. I never followed through on this dream, but luckily Vegas came to Boston. I heard an ad on the news and became one of the first people to join the "Dealer School" classes at Cambridge College in the winter of 2019 for Encore Boston Harbor. I officially started at Encore June 3rd, 2019. Now, I have two full time jobs.

How did you be so lucky as to have collectible footballs in your collection?

In 2010, I received the opportunity of a lifetime. I was chosen to be a contestant on NBC's reality TV series The Biggest Loser (Season 10). I 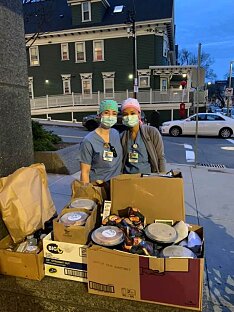 went on that show to lose weight, but I met one of the most incredible people, Alfredo Dinten, on the show. I gained a best friend. Frado was one of the most generous people in the world and was involved in many charitable endeavors. He both taught and inspired me to be involved more in giving back to my community. So, a few years after The Biggest Loser ended I joined forces with Team Tom Brady (Yes, that Tom Brady) and Best Buddies. Best Buddies is an organization that helps people with intellectual disabilities (I like to call it Special Abilities). Tom had his own personal team. Well, in three years I became the biggest non-corporate fundraisers for Team Tom Brady, where I raised over $110,000 dollars. I did this by recruiting 100s of business to donate merchandise/prizes, celebrities to co-host my events, and recruited 1000’s of people to donate and attend my annual gala fundraiser.

The footballs were given as a perk of the fundraising and each year I received an autographed Tom Brady Football. I raffled most of them off in the past and kept a few in case I was ever inspired to raise money. Well, COVID-19 was that inspiration. And yes, I am the biggest New England Patriot fan you will ever meet. I am still sad over losing Tom Brady to Tampa Bay.

What was your inspiration for this initiative? 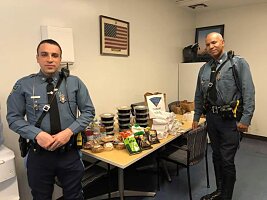 I was taught to give back at an early age as I am the son of a retired Boston Police Sergeant Detective. My father was a great role model who was a leader in my community. That, coupled with the fact that I have several friends that are Boston Police officers, Boston Firemen, and nurses all over the city. I felt since I was getting paid from the city of Boston and Encore, it was only right for me to give back and organize something.

Why did you choose the hospitals that you chose?

When I started this I originally raised 2,500 with the initial raffle. The original plan was to pick 1 fire house, 1 police station, and 2 hospitals in the City. Well, due to a generous 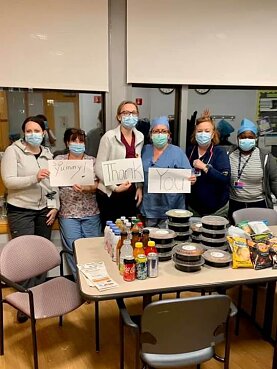 small business owner that gave a considerable discount we were able to do double what we originally thought. I chose places where I had a connection to one of the 1st responders, or places that had people that donated to the initiative.

As I started to make these lunch and dinner deliveries all over the city, I was posting on my Facebook and Instagram account. Well, this caused my personal messages to blow up. People started donating to help with the initiative and small business owners were inspired to donate meals. To date, we have fed 1,000+ first responders, while simultaneously supporting local small businesses. During this time, Encore's Got Talent (Boston Harbor) started an employee competition. I was so inspired by these heroes that I wrote and recorded a spoken word piece. Here it is......  Brendan's Encore's Got Talent Spoken Word "HERO"

You mentioned this was rewarding, what's your favorite part about this?

Honestly, giving back has been addicting. If I could go back and do everything all over again I would have gone to college for this. I love raising money and supporting local charities and people. In the last 5 years I have had several charity events, raffles, charity Superbowl Squares, and other auctions where I have raised over $130,000 dollars for different charities and people. Just this last February I raised over $1,000 each for 5 different charities in a raffle I did. With the Wynn Employee Foundation’s corporate matching gifts 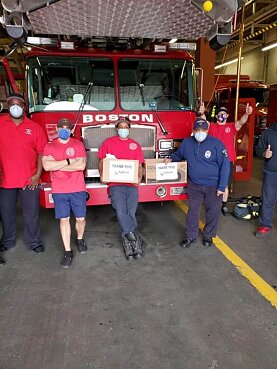 program, two of those were matched to Boston Children's Hospital and Dana Farber Cancer Research.

Honestly, I love working at Encore. I have thought about leaving the Boston Public Schools and just working at Encore. It's a huge life decision and I need to make sure it works for several different reasons. But, I have a huge passion for helping others. I think my biggest strength in life in connecting with other people. Like I said, when I ran my first ever annual charity gala, I raised over 55,000, sold 600 tickets, and recruited 250 BIG businesses to donate money and some of the most amazing prizes ever. I did that all myself while having a full-time job. I am not saying that to pat myself on the back. I am saying that because I have such a passion for helping others. When I put my mind to something I go all out. Why? Because others deserve it. It's the least I can do.